"The remarkable history of the birth and evolution of the video game industry!" 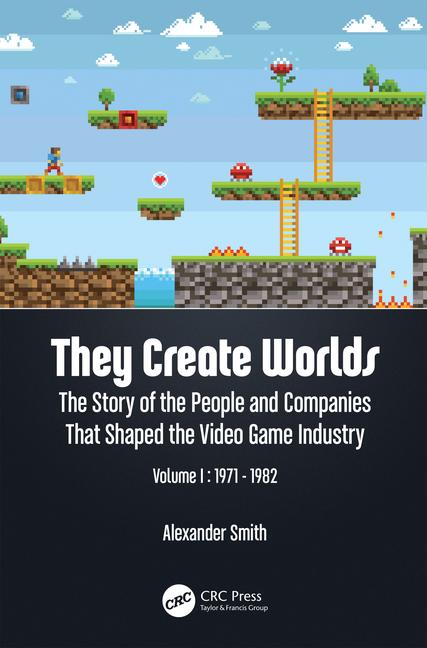 They Create Worlds, Volume 1: The Story of the People and Companies That Shaped the Video Game Industry (published November 2019) covers how the most renowned game creators overturned technology, pop culture, and birthed a whole new medium. From the very first video games up to the edge of the traumatic North American market crash in 1983, this book illuminates the people, business decisions, and market forces which brought video games to the height of popular culture in the early 1980s. It shows how technological innovations in research labs and in the realm of coin-operated games were propelled by visionaries who saw potential in the then new and expensive technology. The first Volume of this work covers important landmarks such as Spacewar!, Atari, Space Invaders, the early console market, electronic handheld games, and the commercial industry underlying them all.

On August 31, 1966, an electrical engineer serving as a division head for a large New Hampshire defense contractor called Sanders Associates sat on a cement step outside a New York City bus terminal waiting for a colleague to arrive so they could meet a client together. A television engineer in earlier days, he considered this appliance – now present in over 90% of American homes – almost completely useless. Sure, the typical family loved its TV set, gathering around it in the evening to watch Walter Cronkite deliver the news or catch the latest happenings in Mayberry on the Andy Griffith Show, but with only three networks on the air, programming lacked variety, and the engineer considered these meager offerings to be a passive and dull form of entertainment. His own television sat unused in his living room much of the time, and he figured he was not alone. Certainly, he thought, the television must be able to offer something more.

In 1951, the engineer had almost done something about it. Tasked with building the "best television set ever" by his employer, the Loral Corporation, the engineer would sometimes fool around with test equipment that placed lines and color bars on the screen and allowed the user to move them around to adjust the set. Before long, he came to believe that moving objects around on a television might just be a fun way for a person to pass a few spare moments. Inspired, the engineer suggested incorporating some type of game into his new ultimate television, but the project was already behind schedule, and his boss would not hear of it.

Now, on this warm summer’s day in 1966 the concept came to the engineer again, rising unbidden out of his subconscious mind as he idly watched traffic passing by. Pulling out his notebook, he began scribbling furiously. Upon returning to his office the next day, the engineer turned this disorganized jumble into a four-page disclosure document for a "TV Gaming Display" in which a "low cost data entry device" could generate a video signal conveyed directly to the television through its antenna terminals. Conflicted at proposing such a frivolous project to a defense contractor, the engineer couched the opening sentences of his document in generic technical language before finally gaining confidence and christening the channel on which the device would broadcast "Channel LP," which stood for "Let’s Play."

The engineer in our story was not the first person to dream of controlling an object rendered on a screen in order to play a game. Indeed, college students across the United States had already been hunting each other in the cold vacuum of computer-generated space for nearly half a decade when Ralph Henry Baer signed his name at the top of each page of his proposal on that fateful Thursday in September, while an eminent physicist with the Dickensian name Willy Higinbotham had wowed visitors to the Brookhaven National Laboratory in New York with a primitive tennis game displayed on an oscilloscope even earlier than that. But Baer was the first person to suggest creating an interactive entertainment experience by conveying game data to a display through the use of a video signal, so even though he never used the term in any of his subsequent documentation or patents, he is nevertheless the progenitor of what we now call the video game. 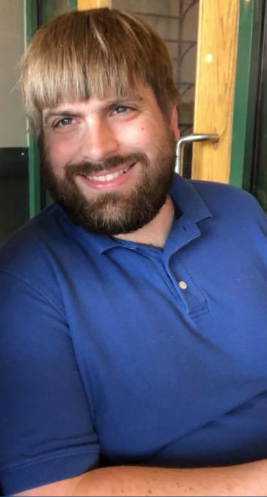 Author Alexander Smith is a reference librarian who has been researching the history of the video game industry since 2006 and began the They Create Worlds project in 2010. He has a Bachelor of Arts in History, a Juris Doctor Degree, and a Master's in Library and Information Science. While it seems in retrospect that he was destined to write a book about something as complicated as the video game industry, it was a journey with much discovery and reevaluation of everything previously written and discovered.

Growing up with games like Dragon Quest, Wing Commander, and Dune II, Alex's game experience has been eclectic, and he remains an avid game player today. He has lived in several countries including Germany and South Korea, which has given him an appreciation for the often overlooked international angle of gaming's past. For him, the most interesting aspect of the game industry's story is how it grew from a niche hobby and a form of children's entertainment into a true mass media enterprise which reaches over one billion people worldwide.

The "They Create Worlds" brand encompasses several focuses in Alex's work. First of all is the growth and expression of game creators in realizing they were laying the foundation for an entirely new style of storytelling in their worlds. Secondly are the stories of the people who made it possible for these worlds and ideas to find mainstream acceptance: the visionary presidents, the tireless sales people, the revolutionary marketers, and everyone in between. Lastly, They Create Worlds honors and enhances the work of prior historians, journalists, and enthusiasts who have created their own worlds by charting the evolution of games.

Aside from video games and truly enjoying historical research, Alex is a big fan of baseball, particularly the Cincinnati Reds. Being a fan of A Song of Ice and Fire he co-founded the fansite Tower of the Hand in 2005. Alex is also a classically trained tenor who sings with several choirs.

In between writing the next two volumes, Alex participates in other preservation projects. He works as the head researcher for Christopher Weaver (founder of Bethesda Softworks) on the Video Game Pioneers Archive project of the Lemelson Center of the Smithsonian Museum of American History where he helps arrange interviews with significant figures in the video game industry and developes the questions for the sessions. He donated a collection to the Strong Museum of Play in Rochester, New York, of materials relating to arcade developer Nutting Associates. He can also be found in the community of Gaming Alexandria, a conglomeration of the best preservationists and historical content creators on the internet.

Finally, Alex can be heard twice a month on the podcast They Create Worlds. Alex and his co-host Jeffrey Daum provide a scholarly yet light-hearted discussion of the people and companies that shaped the video game industry. Interviews of Atari, EA, Activision, and other executives are combined with detailed source evaluations to produce the insights you hear in over 100 episodes (and growing)! Tune in to new episodes on the 1st and 15th of each month.